Away We Go… Just Not Too Far 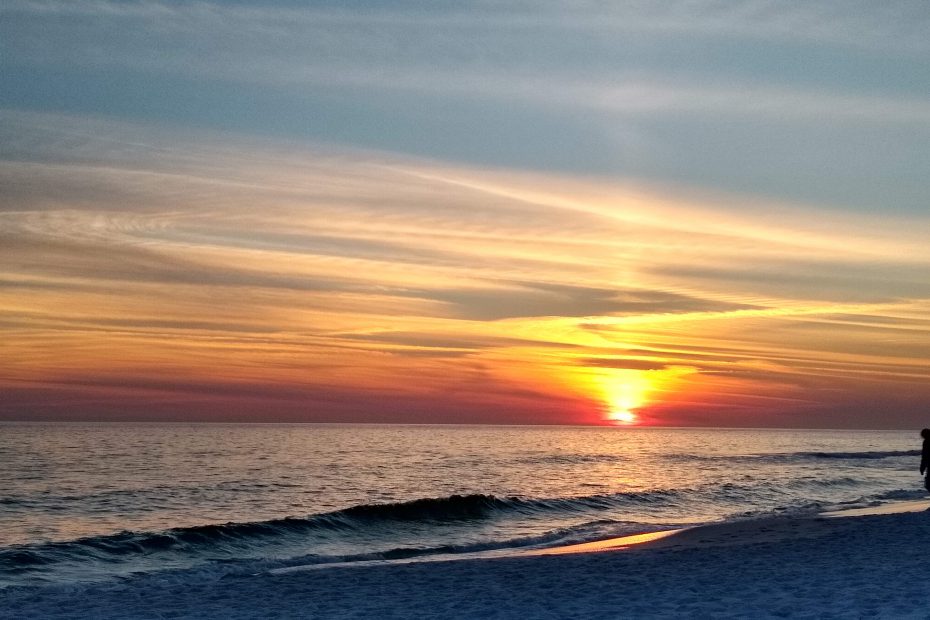 OK, the house is finally ready for rentals (we went with Vacasa, contact me if you want more info). We moved all our stuff to either storage or Mark’s parents’ basement. It’s a very nice, in-law suite sort of set up and we’ve stayed mid-week there while commuting to mid-town Atlanta for several years pre-COVID.

We decided to do a “trial run” and go down to Ft. Walton Beach, Florida for the month of January. At that time, we were considering spending part of the year in Mexico, but hadn’t really decided on anything yet. It was great to have a domestic trial run as we still had familiar stores and could even pick up Amazon deliveries.

We found a nice apartment on AirBnB that was on the Ft. Walton Beach side, not really on the beach, but on the intercostal waterway. We didn’t expect a view or access to a sandy beach, so that was OK with us. We found that in many cases, if you book a stay for at least four weeks, there’s a big discount, so our plan was to spend Christmas with family, then drive down from Marietta and spend the month of January enjoying sunshine and warmer weather. We were half-right. Plenty of sunshine and great sunsets, but they had a cold snap and it was quite chilly even for January. So much for shorts and t-shirts for meat least, Mark insisted it wasn’t too cold.

This was going to be a trial run for nomading in that we wanted to work out what equipment we needed, what we should pack (or leave home), and whether we were going to enjoy the transition to living on the road, out of a suitcase, etc. Here’s a link to a list of the tech equipment we brought/need.

A test run, fairly close to home is a good idea. We got to refine our work and entertainment set-ups while it was still easy to obtain any parts we needed. If you are close to an Amazon Hub location, even better.

There was not an ideal working location in the apartment. We ended up using the dining table, but the chairs were not meat for 8 hours of sitting and it was very uncomfortable. In the future, we’ll be looking at the listing for working stations or asking the host directly what furniture is available.

It’s great to have a small kitchen and we did a good bit of cooking at the apartment. Making large batches so there’s leftovers saves money and is great for a quick lunch.

Check the weather forecast for the entire trip. We looked at average temps for January, but it was unseasonably cold while we were there. I didn’t wear about half the clothes I brought and we had to go to the store for gloves and sweaters — when we had plenty of that type of thing back in Georgia.

The hand-crank coffee grinder I bought for Mark was a bust. I’m sure it would be great for a camping trip, but to grind enough coffee to make a pot everyday was onerous. We got a battery-powered one for future trips.

Go during the off-season. This may become one of our “signature moves” as Mark says. It’s cheaper and less crowded. And for house-sitting it makes perfect sense that the hosts want to get out of town during the holidays or the cold/hot/rainy season.

Even with just a 1-hour time difference, we needed to adjust our schedule to our co-workers back in Atlanta. Most days I started before sunrise with meetings at 6:30 am local time. This turned out to be a benefit as we would normally wrap up the workday around 3 pm and could go exploring or just over to the beach.

What we could’ve done better

We took way too much stuff! Since we were driving, we didn’t put much effort into trying to pack light. We had our special pillows, lots of groceries, full-sized monitors, you name it. Probably should have tried to limit to what we would have been able to take on an air flight, since many of our trips would have that restriction.

We didn’t get to know many of the locals. We were staying in an apartment complex and only met 1-2 of the neighbors. It’s a touristy area, so the population is very transitory, so even if we met someone at the park or beach they weren’t staying around long. We did get some great restaurant recommendations from the host and from people we met like the Tiki boat captain.

Highlights of the Trip

We coincidentally were in Florida at the same time as my good friends from Tennessee who had come down to Destin for a week. We got a chance to see them and get together for a few meals and catching up.

The Air Force Armament Museum. Well worth the trip, both for the airplanes on display and the history of the US Air Force exhibits inside.

The FOOD! Mark and I are big foodies. And I love seafood, so this was paradise. We stumbled across this amazing place called Juicy Crab House in Mary Esther (across from the Mall where there’s an Amazon Hub). You pick your seafood by the pound, they add corn and potatoes and your choice of spiciness and sauce and cook it all in a big bag. Put on your bib and gloves, ’cause it’s going to be Messy! So, so good. We went at least three times. Can also recommend Stewby’s Seafood Shanty, Ali Baba Grill Café, Props Brewery & Grill, and the Bavarian’s Wirtshaus.

The Tiki Sunset Cruise. Saw this on TripAdvisor and showed Mark the picture, “We HAVE to do this!” Evidently, it’s a franchise thing that has popped up in several places. A Tiki bar on a floating deck with an outboard motor. It’s BYOB and they have ice and some mixers and play music and the captain tells groaner Dad jokes. So Much Fun! I even got to drive the Tiki, well, I went around in circles – it’s not easy to steer a Tiki bar. It was just Mark and I and the captain and a trainee, so plenty of room. We saw the harbor and dolphins and a lovely sunset. (It was pretty cold, we had to bundle up with practically all the clothes we brought.)

The beach! We found a great place to access the beach at The Boardwalk on Okaloosa Island. We went several times with a cooler and beach towels to walk and watch the sunset. Mark went in the water, it was way too cold for me.

Fishing with Capt. Jordan of Let’s Fish Destin charters. We were coming up on our last week and Mark and I wanted to go fishing. We arranged the trip for Saturday morning, and it got even colder. (This is when we went to Wal-mart to get extra layers, gloves, and another sweater for me.) That morning we were supposed to start out around 7 am, but Capt. Jordan called and said there was ice on the boat, so we left a few hours later. (There was still some ice on the boat!) He said it was going to be cold out on the water and I think he really wanted us to be sensible and cancel, but it was our last chance, so we all bundled up and headed out to a spot just outside the harbor. It was COLD, especially when the boat was moving but we huddled together and it was fairly pleasant when we stopped to fish. We caught several fish – sheep’s head and some others I don’t remember what kind. We saw lots of dolphins and learned why the fishermen don’t think it’s so charming to have them following the boat – the little stinkers try to steal the fish off your line before you can get it in the boat! Capt. Jordan cleaned the fish for us and Mark cooked up some delicious fish tacos. Yum!

We wrapped up our time in Ft. Walton with great memories and a little more experience under our belts on how this nomading was going to work.